If you’ve adjusted your diet, increased your cardio, and are resistance training but you’re still not  losing weight, building muscle or both, it’s time to take a look at your sleep habits. Sleep tends to be the first thing on your daily schedule that gets cut when there doesn’t seem to be enough hours in the day to do every important thing. The problem is that, regardless of where you place sleep on the “importance scale,” it’s vital to your health, and the lack of it could be the deal-breaker when it comes to increasing muscle mass and losing weight.

Sleeping the Pounds Away 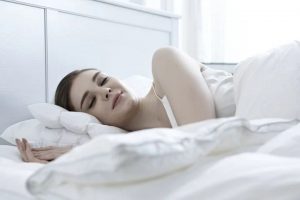 Your metabolism will work more efficiently when you get enough rest, making it easier to eat right and lose weight.

OK, it’s really not that simple. You still need to exercise and eat fewer calories than you burn each day to lose weight. However, a study published in the International Journal of Endocrinology found that sleep deprivation is linked to obesity. After reviewing the conclusions of over two dozen studies from around the world, the research consistently showed lower BMI numbers for those who slept 7 to 8 hours each night, with the odds for obesity going up for those who slept 5 or fewer hours. 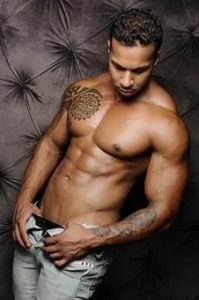 You don’t need to inject growth hormone! Manufacture it naturally when you get proper sleep.

If you’re serious about resistance training, you know how important it is to allow your muscles to rest. That’s why you’d never work a muscle group two days in a row, and you likely wait 48 to 72 hours before you work the same muscle group again. It’s the rest rather than the workout — or more accurately, the two together — that builds muscle. However, just laying off a day or two between working the same muscle groups doesn’t meet the requirements of “rest.” You actually need sufficient sleep to accomplish the rest necessary to build muscle. According to researchers, growth hormone is released throughout slow wave sleep. Plus, for those wanting to justify lack of sleep and discount the effects on muscle mass, a study published in the Medical Hypotheses Journal found that insufficient sleep interferes with muscle recovery and is even associated with muscle atrophy. Yikes!

How Much is “Enough?” 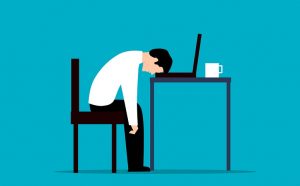 Don’t kid yourself — not being able to make it through the day without feeling exhausted or dozing off is one of the signs you aren’t getting sufficient sleep.

Once you understand the importance of getting enough sleep to further your weight loss plans and/or help build muscle, the next question is, “How much is ‘enough’ sleep?” Unfortunately, it’s not the same answer for everyone. Age along with a number of individual factors including genetics affects that number. You might be tempted to just keep depriving yourself of sleep, justifying it with the fact that you seem to function normally on just a few hours of shut-eye. Simply getting through the day isn’t enough, though. It’s true that research has proven that a very small percentage of the population possess a genetic mutation that allows them to feel fully rested on less than normal sleep. However, Scientific American points out that the mutation is “exceedingly rare.” The majority of adults actually need between 7 and 9 hours of sleep nightly, according to HelpGuide.

So! The dilemma then becomes how to figure out your personal sleep requirements. Business Insider recommends taking advantage of some vacation time to get a feel for your natural sleep needs. For a 1 to 2 week period, go to bed when you feel tired instead of pushing yourself to watch the end of Conan the Barbarian for the 285th time. Don’t set the alarm clock but, instead, allow yourself to sleep until you wake up naturally. Do normal things during the day such as walking the dog, getting some exercise, running errands. Since caffeine and alcohol affect the quality of sleep you get, the advice is to avoid or at least limit those elements during the experiment. Within a few days, you should start to notice a pattern which will give you an idea of your optimal sleep time, as well as what part of the day you’re naturally programmed to be awake and functioning. Turns out 9 to 5 isn’t necessarily the most common or perfect pattern for everyone. 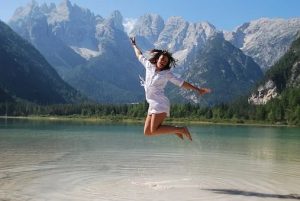 Getting enough rest affects your overall health and makes you feel like a million bucks!

Those who aren’t actively trying to lose weight or build lean muscle mass might think this is an informative yet irrelevant article — but they’re wrong on the second count. Getting enough sleep is significant to everyone’s health in general, and vital for avoiding catastrophic illness. Lack of sleep interferes with melatonin production, a hormone that’s essential to your immune system. It helps reduce inflammation and even protects you from cancer. Additionally, Business Insider reports that people who don’t get enough sleep have an increased risk for heart attacks, have higher blood pressure, and are more likely to develop diabetes.

So — enough, already! Let’s just get some sleep.

One thought on “Thinking About Losing Weight? Sleep On It”