Gluten-free is probably the most misunderstood and misused diet currently being followed. Yes, there are people who, for medical reasons, truly should avoid gluten, a protein found in wheat, rye, barley and related grains, but the percentage of them is extremely low. Besides, most people don’t even understand what gluten is or why they’re avoiding it. Don’t be so quick to get on the gluten-free bandwagon if you haven’t been officially diagnosed and advised by your doctor to do so. Your body requires nutrition from all the food groups, even the biggest sources of gluten, grains and carbs. So, if your plan is to diet healthy, it doesn’t make sense to embrace a diet plan that forces you to cut out entire food groups. It’s not a smart way to diet, and it can actually be detrimental to your health.

Not the Quick Weight Loss Diet You Think 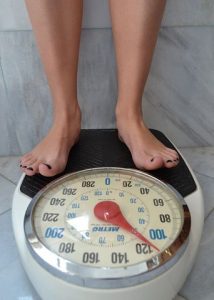 Gluten itself doesn’t necessarily make you fat, but many gluten-free foods contain extra sugar, fat, calories, and other ingredients that will add pounds on the scale.

If you think gluten-free is a viable quick weight loss diet, you’ll probably end up disappointed. Sometimes a gluten-free diet plan will have positive effects initially, but much of what you see is a result of the changes you make in general. Your body is shocked by having to do things differently, processing more or less of certain nutrients and the response can take the form of modest weight loss. Additionally, a diet plan that has you eliminating carbohydrates will definitely bring early results if you’ve been eating like a carbo-holic most of your life. However, Medical News Today and Consumer Reports both say a gluten-free diet can actually thwart weight loss goals and lead to weight gain because gluten-free products often contain more sugar, fat, calories, and additives than regular food. 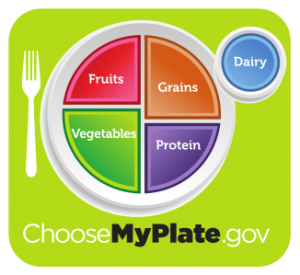 Without a healthy, balanced diet that includes grains and carbohydrates, you could develop a nutritional deficiency.

When you adjust your diet to go gluten-free, you give up a lot of nutrients that you get from a healthy diet, according to Web MD.  These include:

So, you could end up with a vitamin or mineral deficiency if you opt to go gluten-free without the medical need to do so.

On top of developing a nutritional deficiency, a gluten-free diet can interfere with your efforts to maintain healthy blood pressure and cholesterol levels. According to Medical Daily, studies have shown that gluten has positive effects on triglycerides and blood pressure. Plus, gluten helps sustain the healthy bacteria your digestive system needs. That means that if you don’t have a true health issue with gluten that causes gastrointestinal distress, going gluten-free could cause you to develop those symptoms anyway. 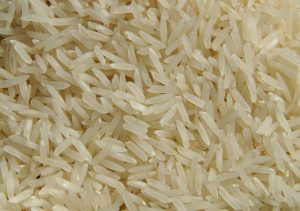 Web MD reveals that all rice has some level of arsenic contamination — and “healthy” brown rice has more than white rice!

You don’t mind a little arsenic in your diet, right? Hopefully not, especially if you’re going gluten-free. Consumer Reports tested over 60 gluten-free products and found measurable quantities of arsenic in nearly every one of them, reporting that many contained “worrisome” amounts in inorganic form. The reason for the high levels of arsenic is because rice, usually in the form of rice flour, is often used in place of wheat products in gluten-free foods. Since all types of rice have some level of arsenic contamination, eating those foods daily could put up to 10 times the quantity of inorganic arsenic into your diet than is considered “safe.” Just one more reason not to give up gluten if you don’t have to.

“Yeah, but there really is a medical condition that requires patients to avoid gluten!”

Absolutely. There’s no denying that people who have celiac disease must avoid gluten because it causes their immune systems to attack the lining of their small intestines. Medical News Today reports that the condition inhibits the body’s ability to absorb nutrients and typically results in anemia and causes unpleasant symptoms such as bone pain, rashes, and diarrhea. Here’s the thing, though, the really big thing: Web MD says that only about 1 percent (!) of Americans actually have celiac, and less than 7 percent have true food sensitivity related to gluten. If you are in the elite percentage, that kind of “luck” with the odds suggests you might want to invest in a few lotto tickets. If you haven’t been diagnosed with it, though, there’s no real reason to kick gluten out of your life.

There are those who haven’t been officially diagnosed with celiac who claim to have a “non-celiac gluten sensitivity.” An interesting study was conducted, however, by a researcher, Professor Peter Gibson of Monash University in Melbourne, Australia, who had previously published findings that seemed to prove the validity of non-celiac gluten sensitivity. According to Real Clear Science, Professor Gibson was puzzled by the absence of an explanation of what it was about gluten that supposedly caused the sensitivity, so he conducted a follow-up study.

In the second study, the subjects were fed three diets with differing levels of gluten, from low to high as well as a placebo diet. They weren’t told which diet they were on at any given time, but everyone reported an increase of symptoms on all the diets, even the placebo diet. So, the conclusion was that gluten did not elicit specific negative responses and that the gastrointestinal distress reported by the subjects had no apparent physical cause. That’s why responsible experts recommend not buying into the gluten-free-is-best premise. Foods other than gluten can cause similar symptoms and, if you’re convinced that you really do have an issue with gluten, you’ll be unlikely to get to the bottom of the real problem and get it treated. 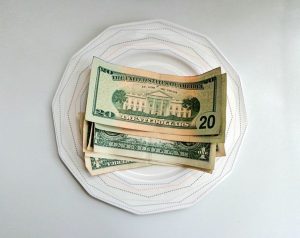 Dinner costs a whole lot more when you have to shop gluten-free.

We haven’t even touched on the issue of the astronomical price tags on gluten-free foods, yet another strike against the anti-gluten movement. If you’re not truly celiac or gluten sensitive but simply avoid gluten as a lifestyle choice, you’re likely paying more than necessary to dodge gluten.

All of that said, elevated levels of gluten in wheat products may be an issue worth examining, as it is the excessive amounts in certain types of wheat that seem to cause problems for people who are non-celiac. Stay tuned. We’ll take a look at that issue next week.