We have an odd, unfortunate relationship with food. It is necessary for keeping bodies healthy and alive, but food gets cast as the villain in the weight loss struggle nearly 160 million Americans face, according to the Institute for Health Metrics and Evaluation. It is those pesky calories that interfere with the love affair your palate has with tasty, yummy fare. If only food worked to make you lose weight instead of gain it…

Don’t waste your time wishing for calorie-free cuisine. There are a number of delicious things you can eat and drink that will kick your metabolism into gear to actually burn calories.

The capsaicin in spices such as cinnamon and chili peppers kick-starts your metabolism.

One of the top ways to switch on the fat-burning signal in your brain is to eat warming, spicy foods. The element that flips that switch is capsaicin, and many foods that contain it are probably already on your favorites list. Of course, hot peppers are the first food to come to mind when you want to bring the heat to boost your metabolism but, according to Prevention, there are so many others including

Even vinegar is listed as a warming food that helps increase metabolism. If you are waiting for the catch, here it is: you do need to ingest quite a bit of capsaicin to raise your body temperature enough to increase your metabolism. The solution is to eat something spicy several times a day instead of trying to cram it all into one meal to ensure you benefit. 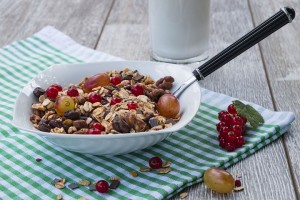 High-fiber foods are filling, so they can help you eat less. However, they also have a thermic effect on your metabolism. That is because your body has to expend extra energy to digest foods such as barley, brown rice, oats, quinoa and other whole grains. Almonds, Brazils and other nuts are healthy foods that burn calories to digest, and the same goes for vegetables, but specifically cruciferous veggies such as broccoli, Brussels sprouts and cauliflower. 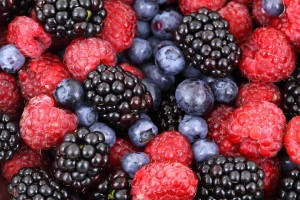 Raspberries, blackberries, blueberries and the like have been touted as superfoods lately, and with good reason: their edible seeds and skin contribute fiber to your diet, so they have a similar effect on your metabolism as whole grains and vegetables do. However, berries are high in antioxidants. A specific antioxidant — catechins — is especially helpful for weight loss because it raises your resting metabolism, according to Prevention. 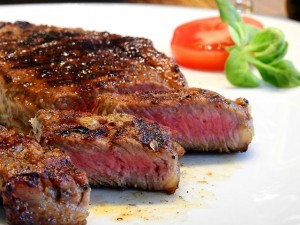 You’ll burn over 30 percent of the calories in a steak just to chew and digest it.

Bodybuilders eat a high-protein diet to help them build muscle, but also to kick their metabolism into high gear for cutting body fat. LIVESTRONG reveals that your body burns over 25 percent of the calories in the protein you eat just to digest it. Whey protein is often recommended as the best quality and form of protein, but you should mix it up a little and get your protein from a variety of sources. One reason is that chewing up a piece of steak or chicken breast burns more calories than drinking down a protein shake, meaning you can take even more than 1/4 of the calories right off the top. 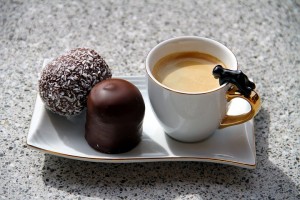 Partaking of dark chocolate and coffee is a yummy way to rev your metabolism.

There is a good reason that most thermogenic supplements contain caffeine. The Huffington Post reveals that research has shown that drinking just one cup of coffee can increase your metabolism up to 15 percent. Additionally, a study published in the American Journal of Clinical Nutrition found that drinking coffee increased fat oxidation. Chocolate lovers will appreciate the really good news. Dark chocolate not only contains caffeine, but it also has catechins, the same antioxidant that abounds in berries. Imagine the weight loss boost your metabolism will get when you snack on a few blueberries dipped in dark chocolate and wash them down with a cup of quality coffee. 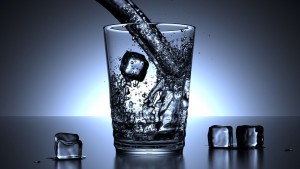 Drink water on the rocks — the colder it is, the more calories your body will burn heating it up.

You should be drinking plenty of water every day anyway. Drinking water can help you eat less by making you feel full, and it flushes toxins from your body. However, water on the rocks can help with speeding up the metabolism for weight loss. Web MD reports on a German study that found that men and women’s metabolisms increased 30 percent after drinking water. Some of the increase was attributed to the energy the body has to expend to heat the water once it hits your stomach. It’s estimated that you could improve your calorie burn by 17,400 calories a year just by upping your cold water intake by 1.5 liters per day.