Sleep doesn’t always come easy–and neither does working out the next day.

Sleepless nights happen to everyone now and then. Sometimes after a restless night, you’ll drift off in the early morning hours and at least get a little shuteye, but many people consider that worse than not sleeping at all. Who wants to hear the alarm blaring after only a couple hours of sleep? Sleep or no, life goes on. You have to get up and go to work. You have to plow through your day as if everything was normal, and that can mean working out if you happen to have exercise scheduled the day after a sleepless night. If you’ve read that insufficient sleep can cause a weight loss plateau, you might think you have justification to skip your workout. That’s not the case, though. There’s a difference between working out tired and exercising while exhausted. In fact, exercising when you don’t feel like it can actually generate enough energy to get through the workout and leave you feeling invigorated afterward.

How Does That Work? 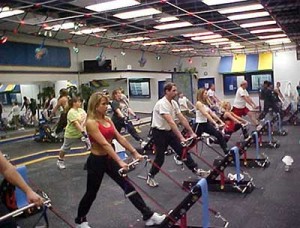 More times than not, you’ll feel energized after a brisk but moderate workout.

In a study published in the Journal of Psychotherapy and Psychosomatics, researchers found that subjects felt up to 20 percent more energized and as much as 65 percent less fatigued after exercising. Specifically, the exercise was aerobic training, so you know the workouts weren’t simple, laid-back activities and the people involved in the study were getting their heart rates up above resting rate. On a normal day, after getting a good night’s sleep, you probably feel bushed after exercising, so you might wonder how, if you start out exhausted, you’ll have enough energy to get through the workout let alone wind up with more energy in the end. Web MD explains that it all has to do with your body’s natural power plants: mitochondria. When you exercise, you actually trigger your body to make more mitochondria which results in more energy. Essentially, your body can’t pass up a challenge and, when you challenge it with exercise, it rises to the occasion by manufacturing more than enough energy. 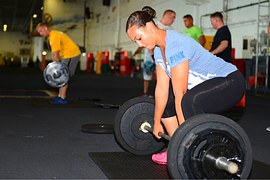 Don’t push yourself after a sleepless night. Save those weight increases and other challenges for when you’re well-rested.

If you’re bummed to hear that being tired is no excuse for skipping a workout, here is the good news: you officially have permission to take it a little easier on those days when your energy level is low. The same study mentioned in the previous section also showed that the level of intensity plays a part when the goal is to increase energy. The subjects who experienced the best results were the ones who kept the intensity at a low to moderate level. Naturally, if you’re going to spend time exercising you want to benefit from it, so you might be tempted to push yourself. However, the day after a sleepless night is no time to increase the weight you’re trying to lift or try that new Yoga Burn class. If you’re fairly active, a moderate workout will do wonders and, if you’re a beginner, low-intensity exercise is just fine. Save those push days for when you’re sufficiently rested.

How Tired is “Too” Tired? 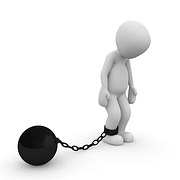 Fatigue has been described as feeling as if your limbs are weighted or you’re slogging through quicksand.

Yes, there is a line you cross from just being tired and looking for an excuse to ditch a workout to being officially too tired to exercise. If you’re only dragging a little, hit the gym, Sally! If you’re outright fatigued, though, it’s probably best to reschedule your workout or bag it and start fresh on your next regularly scheduled workout day. If you have to ask what the difference is, you probably haven’t been fatigued enough to skip a workout. While fatigue is difficult to describe, the Multiple Sclerosis Trust asked a few people who are intimately familiar with the condition to explain it, and they did a pretty good job. One person compared it to being submerged up to your neck in mud and trying to walk. Another one compared it to attempting to function with your limbs weighted down. Someone else said it feels like they’re a beach ball that’s had the air stopper pulled out. If you’re feeling completely drained and it’s an effort to move or think, those are good indications that you shouldn’t exercise until you’ve gotten some rest.

What If I’m Always Too Tired? 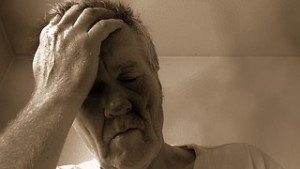 It’s time to see your doctor if you feel like you never have any energy at all.

Low-energy days and even occasional bouts of fatigue are natural, but if you’re too tired almost every day to exercise, you might have a more serious problem. According to MedLine Plus, fatigue and exhaustion are symptoms of a number of health issues including thyroid problems, diabetes, kidney disease, autoimmune diseases, and many others. If you find that you have to push through a half-hearted workout often or always seem to feel too wrung out to exercise, make an appointment with your doctor. He’ll help determine what’s causing your exhaustion and recommend a protocol that may include medication as well as regular exercise to get your energy levels back to normal.