Nobody lives forever, but it would be great if our bodies could at least function “normally” right up until checkout time. The multi-billion dollar anti aging industry is proof that pretty much everyone would like to turn back time if they could. The irony is that the best anti aging product isn’t a product at all. Instead, the secret to anti aging is strength training.

If you’re skeptical that strength training can affect the aging process, consider this: “The Runner’s Handbook” lists 10 biomarkers of aging identified by researchers at Tufts University

These are the things that slowly deteriorate and go awry as you age. Strength training, however, affects and can control nine of these 10 biomarkers. But it goes even further than that. A study published on PLOS|one found that when older adults engaged in strength training, 179 of their genes associated with aging underwent a significant reversal of aging, literally restoring them to a youthful level. So why, if you could flip the calendar back about 10 years or so, wouldn’t you start strength training?

People have many excuses for not exercising. The top three:

It’s worth it to make time to train at least 2 days a week for anti aging benefits.

As for the time issue, you have as much time as you need if reversing the aging process is important to you. To take the pressure off, though, the CDC says you only need to strength train a minimum of two days a week (combined with 75 to 150 minutes of cardio exercise). The beauty part is that if you engage in strength cardio training such as circuit training, you can do resistance and cardio at the same time.

Next, you’re never too old. A few years back, Huffington Post reported on a woman who was morbidly obese when, in 1986, she decided to change her life and start exercising at 45 years of age. By 2010, she was 69 years old, still working out and had become a competitive swimmer winning medals in senior competitions.

Exercising for building muscle strength includes building muscle but not necessarily bulking up if you don’t want to. You’ll have to put in a lot of time with the weights and pay obsessive attention to your diet in order to build bodybuilding-quality muscle.

Finally, if you have heart disease, or are concerned because it runs in your family, you should absolutely consult your doctor before beginning any exercise program. Just don’t be bummed if he thinks it’s a capital idea. According to Tanner Skyler, a top fitness trainer who holds a Master of Science in Exercise Science, strength training is good for those with heart disease. Skyler cites a study which showed that the vascular system opens up to allow for more blood flow during resistance exercises such as leg presses. That also explains how strength training reduces blood pressure, just to slip another little bennie in there for ya. 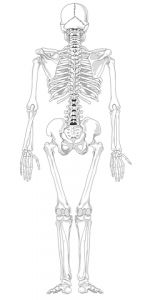 Healthy bones and fighting osteoporosis is an issue for both men and women that can benefit from strength training.

Bone is living tissue and it needs exercise just as much as muscles do. Much is made of the issue of osteoporosis for women, but even men experience a decrease in bone mass as they age. Building muscle through resistance training is just what the doctor ordered for avoiding osteoporosis. The stronger muscles put tension on your bones causing them to continually regenerate and build new, strong bone tissue.

Never Utter the Words: “I’ve Fallen, and Can’t Get Up!” 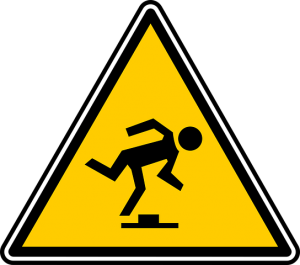 You’ll have better balance and fewer chances of falling when you strength train.

Poor balance and falling are hallmarks of aging, but it doesn’t have to be that way. The CDC  recommends strength training to improve flexibility and range of motion that also helps with balance, and you won’t be likely to take any spills if you don’t lose your balance. If you need the data to back that up, though, the CDC also cites a study of women over 80 years of age who participated in strength training. The results were a 40 percent decrease in falls. You won’t have to worry about the other 60 percent, either. With stronger bones, you’ll be less likely to break a hip if you do take a spill and, with stronger muscles, you can get yourself up off the floor.

Improve Your Mood and Mind 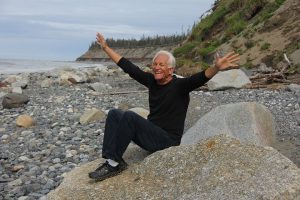 Strength training keeps you happy and healthy at any age.

Yes, the benefits of strength training for aging go on and on from weight reduction to controlling blood sugar and even improving sleep patterns. An important issue that shouldn’t be overlooked, however, are the psychological benefits. A study published in Applied Human Science put 42 adults with an average age of 68 on a 12-week strength training regimen that included high and low intensity resistance training. The results were improved positive mood, a boost in self-confidence, and lowered trait anxiety.

4 thoughts on “Strength Training: The Best Anti Aging Secret You’re Missing Out On”