You think you know the rules, then the game changes. 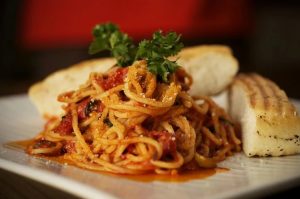 In our quest to find effective health, fitness, and weight loss advice for you, we occasionally come across information that contradicts the “rules” as we know them. For years we’ve been on the Limited-Carbs-and-Only-Early-in-the-Day bandwagon along with loads of personal trainers and other experts. An innovative diet has been making the rounds, however, that turns everything we’ve come to believe about eating carbohydrates inside out. Although it might seem counter-intuitive, we kinda like having science-backed permission to eat carbs at night. 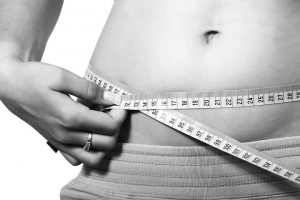 Sounds too good to be true, but eating carbs in the evening can cut that pesky belly fat.

Okay, so it’s not like these studies were just released yesterday, but they haven’t been around for decades, either. In 2011, the Obesity Journal published a study done by researchers in Israel that showed that eating carbohydrates at night resulted in greater weight loss than spreading out carb intake throughout the day. Not only did saving carbs for the evening meal make people lose more weight, but much of it was body fat, and a lot of that was likely belly fat since another nice surprise result was smaller waists.

If you read the study, you’ll see that part of the title also addresses hormonal changes, and those are directly linked to the weight loss people in the evening carbs group enjoyed. It turns out that eating carbs at night increases hunger-controlling hormones like adiponectin and leptin, and it banishes the ghrelin gremlin, the hormone that drives hunger. In an entirely separate study that focused on the hormone element of eating carbs at dinner, researchers found that the way it affected those important hormones benefits you throughout the day because the resulting balance staves off hunger during the day. That means you’re less likely to snack irresponsibly and will have a better chance of sticking to a calorie-restricted diet.

What About Insulin Sensitivity?

Breakfast is still the most important meal of the day, but cutting back on carbs in the morning means you can have them for dinner.

Studies that have shown that blood glucose levels stay elevated longer after an evening meal are one factor that convinced people to avoid carbs at night. However, our friends at Bodybuilding.com have busted that myth. While it’s true that glucose tolerance and insulin sensitivity are better in the morning, the myth part is that they’re at their worst at night. Layne Norton, Ph.D. points out that if you compare those two elements after mid-day and evening meals, there is no difference. Dr. Norton prefers to simply rephrase the comparison to say glucose tolerance and insulin sensitivity are enhanced by your overnight fast, rather than impaired after a carb-heavy evening meal. 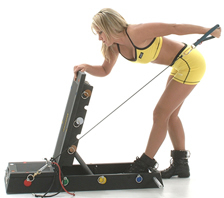 Whatever type of exercise you prefer to stay fit and healthy, it’s raising your metabolic rate while you sleep to increase your overall fat and calorie burn.

People who work out are probably the most likely to be avoiding carbohydrates at night, but research shows that they’re the ones who are most likely to actually benefit from saving the majority of their carbs for dinner. For example, one study published in the Canadian Journal of Applied Physiology found that the sleeping heart rate for people who exercise consistently is elevated, meaning that, though it sounds too good to be true, if you exercise, you’ll burn more calories while you sleep than if you don’t work out. Ready for even more good news? Another study published in the International Journal of Obesity and Related Metabolic Disorders found that your sleeping heart rate will even be higher than your resting heart rate if your BMI is below 29. (Here’s a handy calculator for figuring that out.)

Yes, that means people who are considered obese need to lose weight before the benefits of eating carbs at night will really kick in. If you’re more than overweight, you’ll need to get your body to a place where it is burning more calories sleeping than does while sitting and staring into space. It’s an attainable goal, however, and the facts shouldn’t keep you from enjoying a baked potato with dinner, provided it’s dressed with low-fat plain yogurt and a sprinkling of grated parmesan cheese instead of loaded with sour cream, butter, and bacon bits. 😉

If salad for dinner doesn’t satisfy you, have it for lunch and save the more enjoyable meal–carbs and all–for the evening.

This is some terrific news for many people, but it’s not permission to overload your evening eating with bread, pasta, and cake. Sure, it will be nice not to have to be so strict at dinner time, but Renegade Gym Owner Jason Ferruggia says it means limiting your carbohydrate intake throughout the rest of the day. If you’re on a 1500 calorie diet, adding carbs to your evening meal shouldn’t kick you over your max. Since eating carbs at night helps control hunger during the day, at least that will work in your favor to help you resist an extra hard roll at lunch or an afternoon snack of cookies or chips. Just keep your eye on your reward, a delicious dinner that includes a satisfying serving of carbs. Remember, though, that you’ll sleep better if you allow a few hours between your last meal of the night and bedtime, so try to avoid eating late, more for the digestion time than to avoid stowing away the calories.

One thought on “Timing Carbohydrate Consumption for Optimal Fat Loss”