Last week’s blog post provided you with reasons not to avoid some things you may have come to consider guilty pleasures. With permission to drink leaded coffee and nosh on dark chocolate, we boldly but jokingly announced that this week’s post would address the benefits of alcoholic beverages … but then we thought, “Why not?” After just a little bit of research turned up tons of reasons to raise a glass, it was no longer a joke. You might be abstaining for health reasons and, if it’s by doctor’s orders then, please, do stay on the wagon. However, if there are no medical issues involved, then getting off the wagon could improve your health.

No More Tears Over Beer 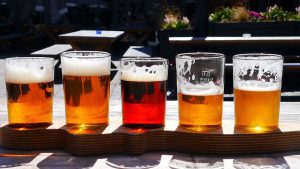 If you crave one of these bad boys after a workout, drink up! It will replenish your system and rehydrate it, too.

Beer’s reputation for being a bottleful of empty calories isn’t entirely deserved. It’s actually more nutritious than you’ve been told. Not only does it contain protein and vitamin B but it’s also a source of antioxidants and other vital nutrients such as calcium, iron, fiber, and phosphates, according to the Huffington Post. Too much alcohol of any kind is associated with memory impairment, but women who drink one beer a day have been proven to have less decline and impairment in cognitive function as they age than women who don’t drink any alcohol at all, so says a study published in the New England Journal of Medicine.

The calcium in beer can contribute to stronger bones, but so can the silicon, a nutrient that is hard to find in many foods or drinks. Beer has it, though, and a Tufts University study found that indulging in a couple of beers a day resulted in greater bone density. Men’s Health reports on a handful of other health benefits of beer including lowered risk of heart disease, faster recovery after exercise (beer has shown to rehydrate better than water!), lowering blood pressure, and preventing cataracts. Also, apparently the specter of the beer belly is a myth. It’s not beer that can cause your middle to spill over the waistband of your pants. It’s the increased snacking that often accompanies beer drinking that puts the spare tire around your waist.

Why Wine is Just Fine 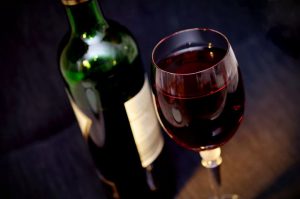 The resveratrol in red wine is an effective anti-aging agent for your skin, eyes, and heart, among other things.

There was much celebration when wine was given the green light for improving digestion, but it’s good for so much more than that. Wine has been shown to raise omega-3 fatty acid levels in moderate drinkers, which helps protect against coronary disease. Speaking of heart health, red wine, in particular, has an almost magical ingredient that the Mayo Clinic says prevents blood vessel damage, can help prevent blood clots, and reduced bad cholesterol. The “magic” of resveratrol is that it’s not just good for your heart; it improves lung function, can help repair damage after a stroke, improves insulin sensitivity, and is good for eye health and can help prevent Alzheimer’s, according to Prevention. Also, drinking wine can diminish the damaging effects that UV rays can have on your skin. 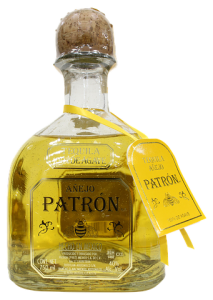 Quality tequila has natural sugars that are healthier for you and won’t cause a hangover.

It’s not just the more mild-mannered alcoholic beverages that are actually good for you. The hard stuff can be healthy, too. MeMD says that agave tequila can decrease blood glucose levels and act as an appetite suppressant which can help with weight loss–yes, you read it right: tequila for weight loss! Tequila contains fructans which can protect medications from breaking down in your stomach before you’re able to absorb them, making medications more effective. It also has prebiotic and probiotic properties to help balance the bacteria in your digestive tract as well as helping to strengthen your immune system. Like most liquor, tequila helps you relax but, unlike other alcoholic beverages which tend to prevent deep restorative sleep, tequila helps you sleep more soundly. Possibly the most important benefit tequila offers is that drinking it won’t result in a hangover. The catch is that you have to drink the good stuff. Cheap tequila has the added alcoholic sugars that cause the headache, bed spins, and nausea that most liquor is known for, so stick to 100 percent agave tequila.

As with EVERYTHING on God’s green earth, you must practice moderation to reap the healthy benefits of beer, wine, and tequila. The little-is-good-so-more-must-be-better logic does not apply!

2 thoughts on “Indulge to Improve Your Health”