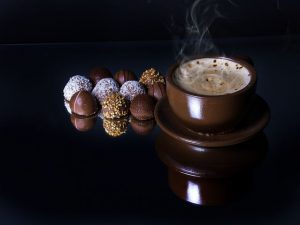 Cheer up–coffee and chocolate are officially on the good-for-you list!

If constantly being told to avoid your favorite treats has you discouraged, take heart. Newer research has shown that some of the most common vices are not only OK to indulge in, but they actually have health benefits including improving performance during exercise. Today we’ll look at two items many people have a weakness for, but it turns out that these weaknesses can be sources of strength.

Give in to the Dark (Chocolate) Side 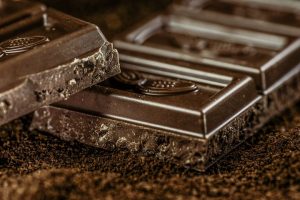 Though all types of chocolate have shown to be beneficial for heart health, dark chocolate is the type that enhances exercise.

Often people jokingly refer to chocolate as their drug of choice, acknowledging that they “know” it’s bad for them, but it just makes them feel so good. That’s understandable, considering that dark chocolate produces feel-good chemicals in the brain that result in pleasurable feelings. Plus, it also contains a natural anti-depressant. However, a recent study published in the Journal of the International Society of Sports Nutrition showed that dark chocolate consumption improves athletic performance. Specifically, a test group of cyclists who ate 40 grams of the dark treat ended up being able to bike 17 percent farther overall than test subjects who didn’t. 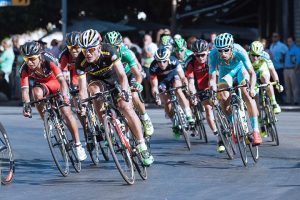 Dark chocolate before a workout can increase endurance and improve performance.

Sure, that’s terrific news for chocoholics but, more than that, some of the details of the study are very interesting. For instance, it was found that, when putting forth a moderate effort, the cyclists used less oxygen, making their workout more efficient. And, when pedaling at a flat-out pace for two minutes, the distances covered were increased when chocolate had been consumed beforehand. Additionally, Science Daily points out that chocolate contains epicatechin, a flavanol that encourages increased production of nitric oxide, essential for overall health but also beneficial for burning body fat and building muscle.

Do these studies green-light all types of chocolate? Well, you should definitely stick with dark chocolate, as the lower the cocoa content goes, the higher the sugar content gets, defeating the purpose. Go for 70 percent cocoa content, and eat about 1 1/2 ounces, or just over 37 grams, as part of your pre-workout snack.

Get a Workout Boost With a Coffee Buzz 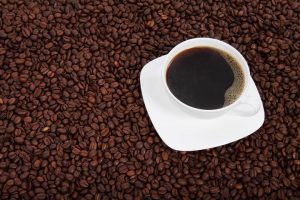 For all the negative press, coffee has more health benefits than drawbacks, plus it can improve your workout by almost 40%!

Caffeine is considered a drug and, yes Virginia, it is addictive. As a stimulant, it can interfere with getting sufficient sleep. Plus, it is also a diuretic, so it can cause dehydration if you don’t make it a priority to drink enough water throughout the day as well as during your workout. All those reasons and more has landed coffee on the taboo list for many. However, there are actually many health benefits to drinking coffee. Beginning with your workout, Prevention recently reported on research that showed that drinking a caffeinated beverage such as coffee about an hour before exercising improved the workout. The specific type of workout was strength training, and the coffee and other caffeine-laden drinks allowed the participants to do 38 percent more reps on average, not too shabby when you’re trying to push past a plateau. 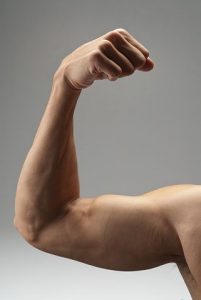 Coffee offers anti-aging benefits to help you retain and maintain muscle mass that would otherwise be lost as you grow older.

Researchers have all sorts of theories as to how coffee can improve a workout. Some say it limits the build-up of a naturally occurring exercise inhibiting molecule in the muscle cells. Others say it improves endurance by altering how much exertion you perceive you’re putting forth. Caffeine in coffee also acts as a pain-killer. One study found that subjects who consumed two to three cups of coffee prior to exercise (or the equivalent caffeine supplement amount) felt less muscle pain, so they were able to push themselves harder during the workout. What’s more, soreness after exercising was decreased by up to 48 percent–even better pain relief than aspirin and other OTC painkillers provide, according to Dr. Mercola. Just as important, coffee releases a growth factor in the body that benefits your brain as well as your muscles, acting as kind of an anti-aging agent. That means drinking coffee can inhibit age-related muscle atrophy and strength loss.

Next week we’ll look at the health benefits of a few favorite alcoholic beverages…can cake and ice cream be far behind?

One thought on “Indulge to Improve Your Workout”