You’ve seen the monsters that compete in professional bodybuilding and hopefully you know better than to believe any of them who claim to be all-natural. Even amidst warnings of health issues and even death, the pros have increasingly developed a collective attitude that they can’t compete–and win–unless they use steroids. The fact that admitted juicers keep winning the big titles essentially proves that theory to be true. 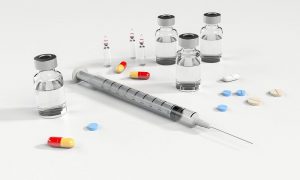 It’s kinda sad that a sport that started out as a way to distinguish those who have the discipline to naturally manipulate their bodies into artistic physiques has become a showcase to reward the guy who has access to the best drugs. Let’s step down off the soapbox, though. Last we checked, it’s a free country, and everyone should be able to do what they want to, provided it doesn’t infringe on anyone else’s lives. So, for argument sake, let’s overlook the fact that possession of and selling anabolic steroids is illegal, and let’s say that it’s OK that pro bodybuilders believe in better physiques through chemistry. Should the average Joe (or Jane) resort to steroid use instead of hard work, commitment, and perseverance to lose weight and build muscle? Um, the answer is still “no”. 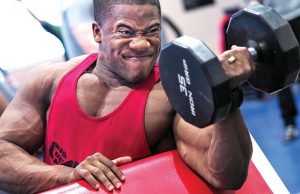 Why bother taking steroids if you’re not going to get the most out of them by working out?

Some people resort to ‘roids because they think it’s a quick and easy way to get the physique they want without putting in any of the work. While it’s true that you can gain muscle without working out by using anabolic steroids, you’ll see the biggest gains and get the best results if you do lift weights. In a study published in the New England Journal of Medicine, subjects who received doses of testosterone and worked out gained two to three times more muscle mass than their counterparts who only did one or the other. So, if you’re going to juice, you might as well work out, too, to get the best results. 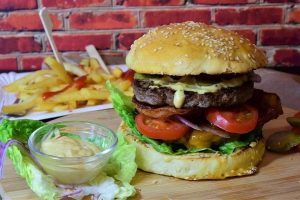 Steroid use adjusts your body so it uses all types of fuel more efficiently.

OK, so you’re willing to work out, but you still want to juice because it will help build more muscle faster. It’s understandable to be tempted to use something that has been proven to increase muscle mass quickly. And isn’t it a bonus that steroid use turns your body into a machine that ultra-efficiently uses protein, but can also make good use of almost any type of fuel? Who wouldn’t love building muscle while not having to compulsively follow a strict diet? One of the biggest draws to steroids, though, is that using them slows the body’s process of making fat cells, according to a study published in Endocrinology. When you can eat whatever you want–typically the more, the better–and only gain muscle mass and no fat, it might seem like a no-brainer. 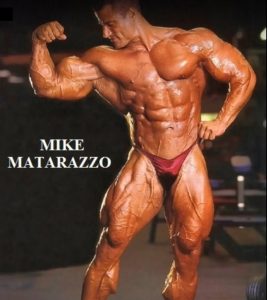 Most steroid-users who die succumb to death from natural causes, but at very early ages like Mike Matarazzo who died of a heart attack at age 47. Image via Chronic Hunter/YouTube

Ah, but there’s a dark cloud behind the steroid silver lining. You might enjoy a few years of looking hot and being as strong as Hercules, but you gotta know that you can never get something for nothing. The bill will come due at some point; consistent steroid use will take a toll on your body and your health, and you don’t have to juice long-term to see the effects. Research has shown that even brief steroid use has permanent effects. Yes, those effects can be both good and bad, but when the bad includes:

is it really worth it? All of these are results of steroid use, according to WebMD, and if you’re already genetically prone to any of them, using steroids will increase the likelihood that you’ll experience them. In fact, it can also speed up the rate at which you develop a condition you’re prone to. 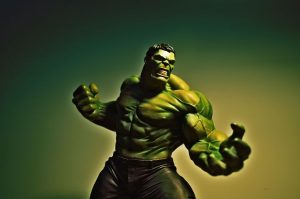 Even if you have a natural skin-tone, there’s a line you cross from looking fine to looking freakish.

Yes, there are a few cases of long-term steroid users who haven’t yet suffered severe effects from having juiced, but they tend to be people who can afford to pay a doctor to provide quality meds and monitor their health closely for the rest of their lives. Plus, there’s always a chance that their use will catch up with them at some point in the future.

Anyone who is serious enough to look into the facts and fiction of it all are likely to come to the same conclusion we did. In the face of overwhelming negatives and just a handful of conflicting, positive reports, the potential risks of steroid use outweigh any benefits. Besides, it’s more of an accomplishment to look amazing and have done it naturally and entirely on your own than to look like a Marvel mutant courtesy of medicinal enhancement.