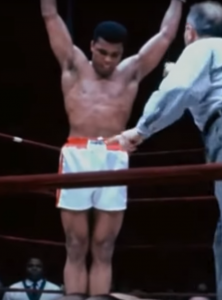 Ali convinced himself and showed the world that he was the greatest. Image via ElTerribleProduction/YouTube

Athletes often aren’t given much credit for their intellectual prowess, but the most successful ones rely heavily on their brains to reach their goals and achieve success. An article1 in Flex points out that, although Arnold Schwarzenegger is famous for his physique, it was his brain that pushed him past his peers and propelled him to success in many areas. Mohammed Ali is another ideal example of a successful athlete who used his brain to convince himself that he was the greatest–and the results of his mind-over-muscle “experiment” are well-documented in the annals of sports history.

Although there are basic, common factors for reaching a fitness goal, whether it’s losing weight or building muscle, Shape points out that there is no one best way for anyone because everyone has a different physical makeup and genetics. However, we all have brains and, even the smartest ones typically can’t differentiate the fine line between real and imagination. So, if you’ve been struggling to lose weight or gain muscle and nothing seems to make a difference, put your brain to work.

You Can’t Argue With Results 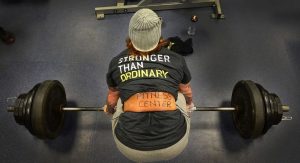 Some may scoff at visualization as a fitness tool, but research and anecdotal evidence have proven over and over that it works. Studies on using visualization with weight training, for example, have consistently shown significant increases in strength when participants visualized exercises before performing them. Additionally, people have lost hundreds of pounds using visualization. On the Huffington Post website, Stephen Mariani chronicled his visualization weight loss journey that took him from 475 pounds down to 184–that’s some significant weight loss, people!

Visualization is One Part of the Plan 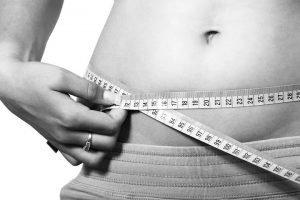 Visualization delivers the best results when you use it along with a diet and/or exercise, depending on what your goal is.

You will probably see some progress using visualization alone, but people who have lost weight the quickest or who have gained the most strength use it along with other proven techniques, specifically diet and exercise. Sure, it might feel good to increase your strength by 15 percent or lose 5 pounds in a month, but wouldn’t it be more satisfying to have a strength increase of over 50 percent, or lose over 30 pounds in 30 days? Those aren’t imaginary numbers. They are actual, attainable goals if you combine visualization with a new or existing fitness regimen. 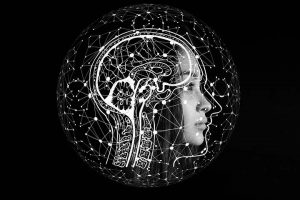 Just as with any weight loss or strength building technique, consistency is the key to thinking yourself thin or strong.

Getting your brain to cooperate in your weight loss plan or muscle-building objective may be the hardest thing you’ve ever tried to do. You’ll have to be disciplined enough to block out everything else for several minutes at a time, several times a day. David Hamilton, Ph.D., a doctor of chemistry who is also a mind-power specialist, reveals in one successful weight-loss-through-visualization story that the subject was visualizing five times a day. She wasn’t just thinking about it that often, but actually shutting out all outside distractions and imagining little Pac Man-like creatures nibbling away at her fat cells. Other people have successfully dieted down their weight by picturing themselves eating smaller, healthier meals and imagined how full and satisfied they felt afterward. If five times in one day doesn’t seem doable, give two or three times a try, setting a timer for 5 minutes each time. First thing in the morning, before you get out of bed, and last thing at night, before you go to sleep, are often perfect times when nothing else will interfere. 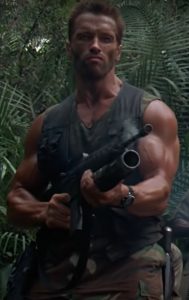 How can you doubt a technique that worked so well for Arnold? Image via BestClips/YouTube

Visualizing for strength-gains can be done several times a day, but doing it right before and even during your workout is a sure-fire way to get quicker results. See yourself easily lifting more than you currently lift, even if it’s just 5 to 10 pounds heavier. Then, while you’re actually doing an exercise, concentrate on your muscles, visualizing them growing and getting stronger. It’s the technique used by the Terminator himself, and there’s no denying that it worked for him.