Your smartphone goes everywhere with you, even to the gym. It’s such an integral part of your life that you’re probably unaware that the device could be hindering your fitness and weight loss goals. There’s a time and place for checking emails, social media, texting, and even using your cell for having an actual, spoken conversation with someone else. But the time will never coincide with your workout, and the place will rarely, if ever, be the gym. 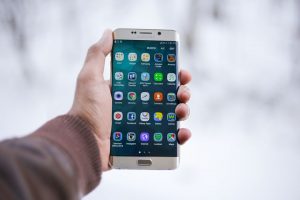 When all your attention is on your smartphone, you can’t put much effort into your workout.

When your attention is on your phone’s screen, you can’t give your workout everything you’ve got. That’s not just an assumption. Research has proven it several times over in study after study. One Kent State study in particular found that the more time a person spends on their cell phone, the less fit they are likely to be. Those findings were in general, however, so the same researchers conducted another study to specifically determine how using a cell phone during exercise would affect intensity.

The results showed that, although talking and texting while working out made exercising more enjoyable, redirecting attention from the workout significantly reduced the intensity. If you can still carry on a conversation while working out, you’re not putting enough into exercising, and most people need to slow down considerably or stop physical exertion altogether in order to type out a text, Tweet, or Facebook post. The bottom line is that you won’t see the health, fitness, and weight loss benefits that you go to the gym for in the first place. 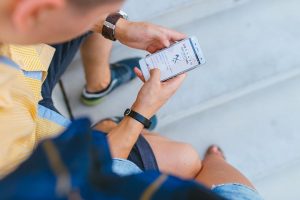 Smartphone use in the gym can interfere with everyone’s workout if you’re taking up space on equipment while your text or Tweet.

Aside from the fact that talking, texting, and Tweeting cancels out the positive results you might get from exercise, smartphone use in the gym can be a distraction to those around you, as well. It’s easy to get sidetracked entirely from working out and instead just take up space on equipment while you scroll through Facebook posts or peck out a text message. That amounts to poor gym etiquette when others are waiting to use the bench, machine, or space you’re in. Even your phone conversations can be annoying, especially if you’re speaking loudly or having a heated or personal conversation.

Accessing fitness apps is one of the few ways smartphones can be helpful during a workout.

It’s best to leave your smartphone in your gym locker while you work out, but the devices do have a feature that has shown to improve workouts. While talking, texting, and checking social media reduces workout intensity, using a smartphone to listen to music during a workout significantly increases the intensity of exercise. Music is a very motivating factor when it comes to working out. It distracts you from fatigue and keeps you flooded with strong emotions, both factors that enhance endurance so you’ll work out harder and longer, according to Scientific American. Additionally, downloading apps that enhance your workout such as ones that count steps, recommend workout routines, or show proper form for exercises are another positive way your smartphone can be used while exercising.

2 thoughts on “Your Workout Unplugged”