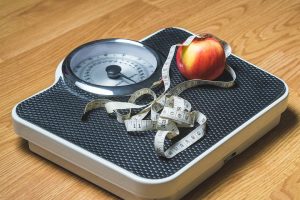 If this describes your failed attempts at controlling your weight long-term, you’re not alone. It’s a disheartening sequence that most people have experienced. Would it surprise you to know that it’s those crash diets that can cause weight gain? Restricting calories has a negative effect on metabolism that makes your body want to hold onto stored energy. In fact, your body will fight harder against weight loss than it will against excessive gain. While a stringent diet may be effective for short-term weight loss, it will also be short-lived.

Your Metabolism Plays a Part 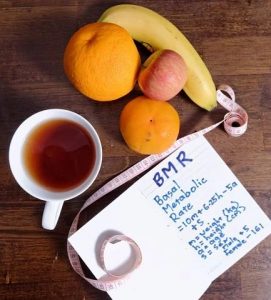 Your metabolism is a process that describes how efficiently your body burns calories. The fact that you burn calories just by being alive is one that largely gets overlooked. Your organs burn calories by functioning, and the amount that’s utilized even if you were to sit inert 24 hours a day is called your basal metabolic rate (BMR). The surprising thing is that your BMR burns anywhere between 60 and 80 percent of the total calories your body uses each day, depending on how efficient it is. Naturally, a range of different factors go into determining what each individual’s BMR is, but you can get a pretty good idea of what yours is by using a BMR calculator.

Additionally, you’ll use another 10 percent breaking down, digesting, and absorbing food. So, that’s a total of 70 to 90 percent of your calorie use burned on just “being.” Sounds like good news, right? It can be, but remember that in order to avoid weight gain, your metabolism has to burn all the calories you take in and to lose weight, it has to use more calories than you take in.  The disappointing part is that you don’t have much control over your metabolism. Exercise and some foods can increase your overall calorie burn, but it’s difficult to speed up your BMR.

…And the Really Bad News 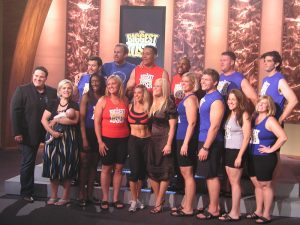 It can be hard to speed up your metabolism, but researchers have found that things like hormone imbalances and aging can slow it down. Plus, severe calorie restriction tends to slow it down, too. Scientists from the National Institutes of Health interviewed contestants from The Biggest Loser immediately after they completed their challenge and again 6 years later. The goal was to see how their drastic weight loss had affected their metabolisms and if they’d been able to keep the weight off. The research findings showed that most of the contestants (13 out of 14) re-gained a considerable amount of weight after their dramatic losses. Plus, four of them ended up weighing more than they had before appearing on the show. ☹

Neuroscientists believe the phenomenon is due to our bodies having a “set point,” a comfort zone that your body believes your weight should fall into, no matter what you’d like to weigh. If you cut your caloric intake drastically, your body will slow down the metabolism to keep you near that set point and to prevent you from dropping too much weight.

A Glimmer of a Silver Lining 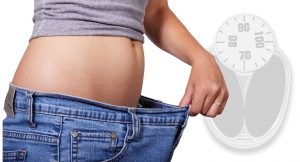 Keep in mind that it’s when you lose weight with a crash diet or extremely low-calorie eating plan that you are more likely to kick your body into that “set point” mode. A modest reduction in calories coupled with an increase in physical activity (yes, we mean exercise) doesn’t tend to make your BMR drop. That means gradual weight loss (dropping 1 to 2 pounds per month) is a better plan that will stick long-term. The goal is to ease your body toward burning a moderate amount of calories more than it takes in so that it has a chance to get comfortable with a new set point.

Yep, admittedly that’s a bummer for those of us who want it all off now. But an uncomfortable truth for most is that successful long-term weight loss means making lifestyle changes. Things like:

Commit to cultivating just these few good weight loss habits for…well, forever. They’re all fairly small, simple changes anyone can make. None are life-altering in themselves but, over time, they can affect your weight and your health in better ways than a crash diet can.